FP1 served as the general consultant and media strategist to Karen Greenhalgh’s campaign for Delegate in Virginia’s 85th District in 2021. This was one of the marquee races that determined control of the House of Delegates.

Karen Greenhalgh was running in a blue-trending district that Joe Biden carried by 7 points against Donald Trump in 2020. Greenhalgh’s path to victory was further complicated by the fact that Democratic incumbent Alex Askew would outspend her by more than four to one.

To overcome the huge spending disparity in the race, FP1 helped Greenhalgh craft and deploy a superior message. We launched the campaign with a bio ad that connected Greenhalgh to the blue-collar sensibilities of the district and defined her as a successful businesswoman and job creator who was committed to reducing the cost of living in Virginia. The second ad of the campaign featured a video of Askew admitting that he had voted to raise the gas tax, then deployed Greenhalgh to camera declaring that she was committed to lowering taxes and reducing costly regulations. The third ad of the campaign continued to put Askew on the defensive over his votes to raise the gas tax and to increase energy bills in Virginia by $800 a year and introduced his liberal votes on crime and his alliance with radical groups that wanted to defund the police.

With the airwaves in Virginia Beach cluttered with advertising, we deployed a creative spot in the last 10 days of the race featuring Karen’s dog Buford to break through the noise. Buford played the role of watchdog in the ad, because Alex Askew’s liberal votes had put the Greenhalgh family and other Virginia families at risk. The spot asked voters to let Buford go back to being a carefree family pet by sending Karen Greenhalgh to Richmond to stand up for law enforcement and public safety. This ad succeeded in driving home Askew’s negatives on crime in a way that also bolstered Greenhalgh’s image.

In addition to our presence on television, FP1 produced two radio ads that blanketed the airwaves in September and early October. Greenhalgh was the only candidate in the race to utilize this medium.

Watch our ads from the Greenhalgh campaign below: 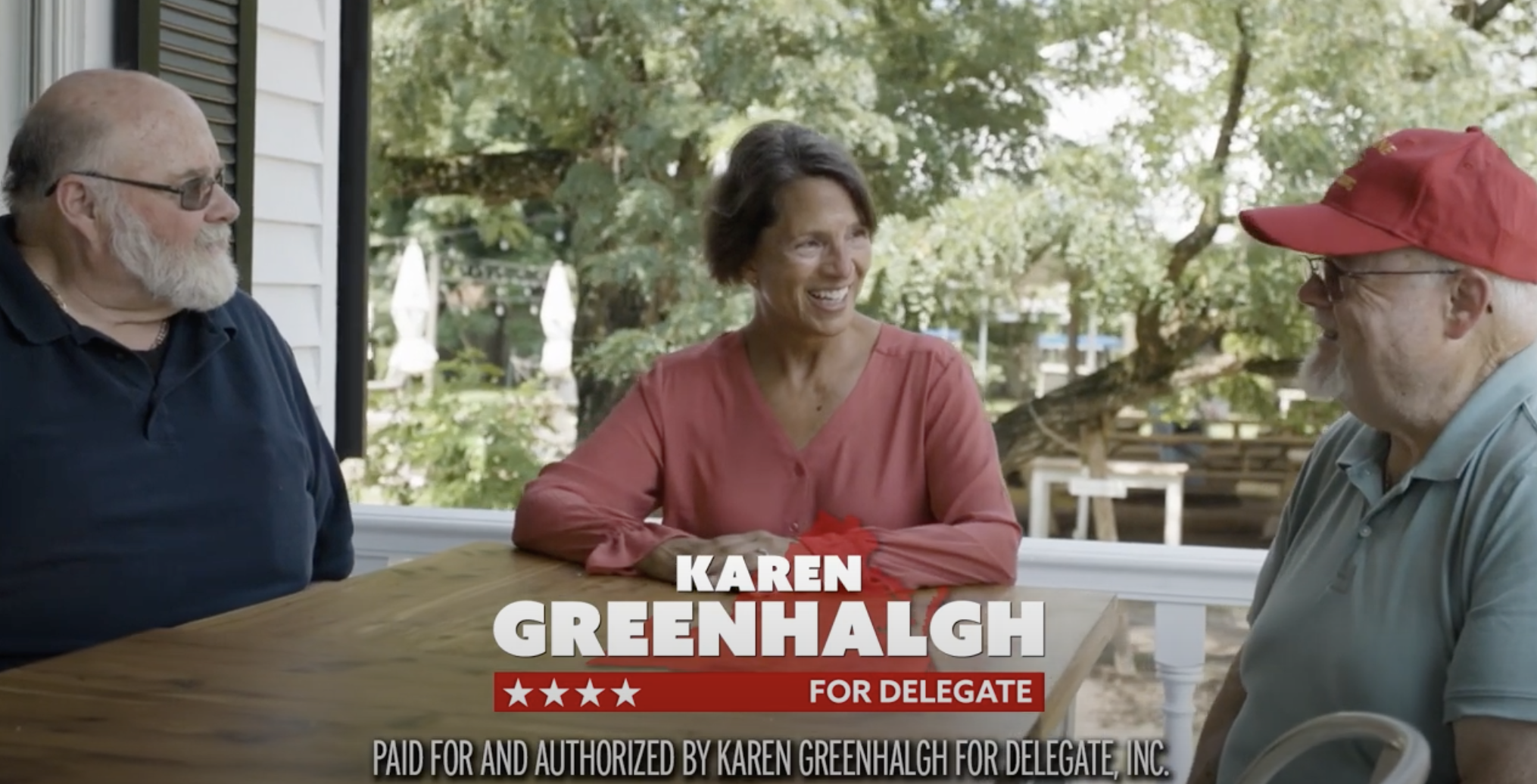 Karen Greenhalgh was elected to the House of Delegates by 127 votes. The fact that Greenhalgh flipped a Democratic district despite being outspent by a four to one margin is a testament to the hard work she put into the race and the effectiveness of her overall strategy and message. FP1 is honored to have been on Greenhalgh’s team during this hard-fought campaign.