FP1 Strategies served as the media consultant to Congressman Rodney Davis’ campaign, helping him overcome a stiff challenge in one of America’s most competitive House districts. This campaign was notable because Davis established a blueprint on how Republicans can fight and win on health care in purple districts.

During the 2018 blue wave, Rodney Davis narrowly won reelection by 2,000 votes against a strong Democratic candidate who was exceptionally well-funded. Betsy Londrigan decided to run again in 2020, making IL-13 one of the marquee battleground races of the year. The race was rated a “Toss Up” by The Cook Political Report and attracted millions of dollars of outside spending from the DCCC, House Majority PAC, Emily’s List and Planned Parenthood.

In executing this campaign, we produced advertising featuring three nurses that stressed that Congressman Davis had a been a leader in fighting to protect those with pre-existing conditions and had taken on the big drug companies to lower prescription drug prices. We ran a tough negative ad from one of the nurses that attacked Betsy Londrigan for supporting a government takeover of health care that would have forced 55 percent of America’s rural hospitals to close, including 39 hospitals in Illinois. We also ran a compelling ad from Rodney’s wife who was a cancer survivor. Together, these four ads neutralized the Democrats’ most potent line of attack against Congressman Davis and actually put Londrigan on defense given the importance of rural hospitals in central Illinois. 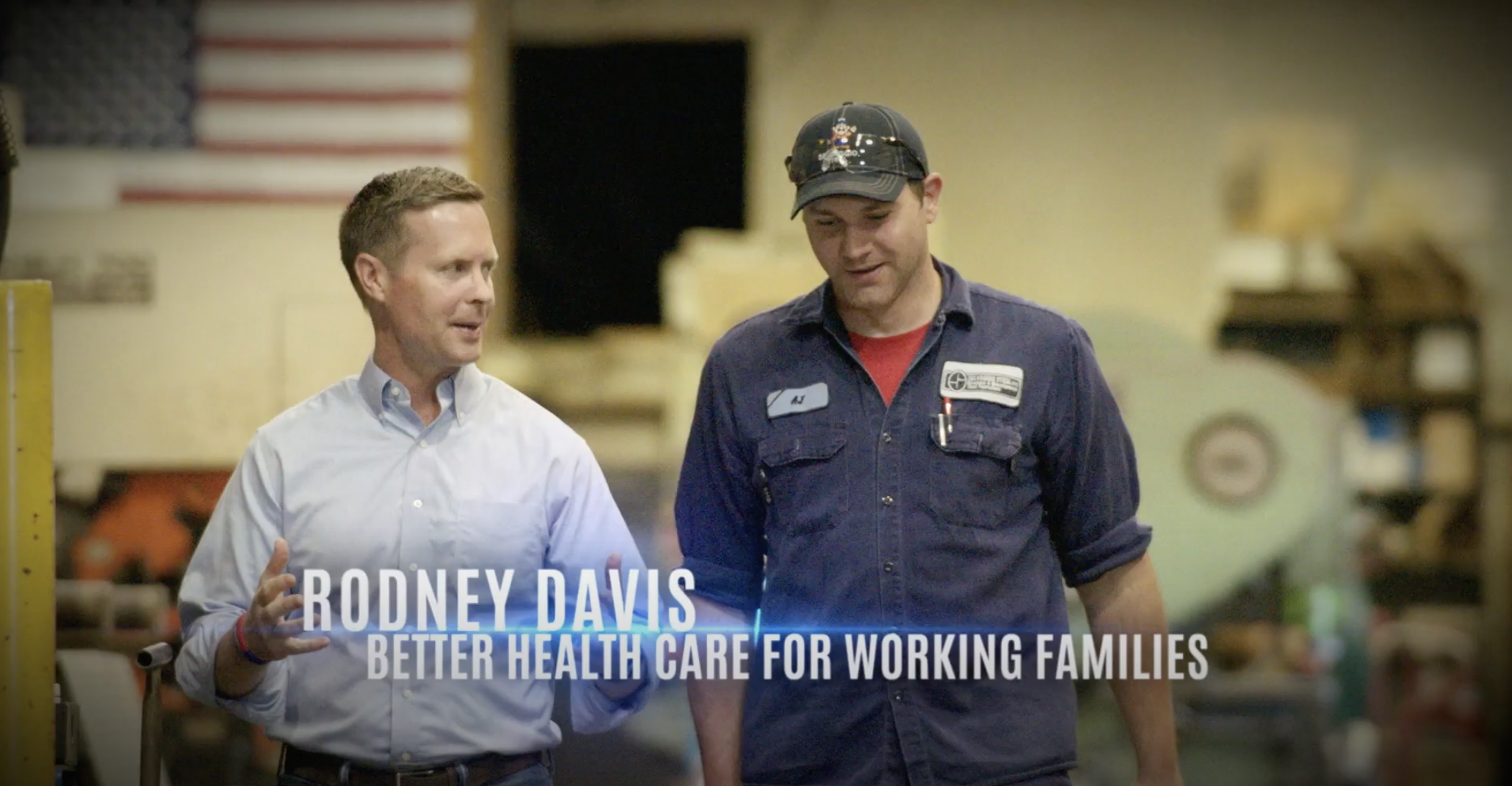 Congressman Davis had been named the most bipartisan member of Congress from Illinois. We used his vote for the bipartisan CARES Act as the cornerstone of our positive advertising during the campaign. The Paycheck Protection Program (PPP) had saved over 50 million American jobs, including over 2 million in Illinois. We ran an ad from a small businesswoman thanking Rodney for saving her business and the jobs of her employees. We ran another ad with Rodney to camera talking about this issue and the importance of Congress coming together to find bipartisan solutions to problems.

Sensing the effectiveness of our PPP message, the Londrigan campaign ran an ad featuring a small business owner in the district who insinuated his business had been denied a loan while Rodney’s extended family had unduly profited from the PPP program. The Davis campaign effectively secured several media fact checks that called Londrigan’s ad false and baseless. It turned out that the man in her ads never even applied for a PPP loan. We leveraged the fact checks to deliver a brutal counterpunch that effectively defined Londrigan as a dishonest politician who couldn’t be trusted. 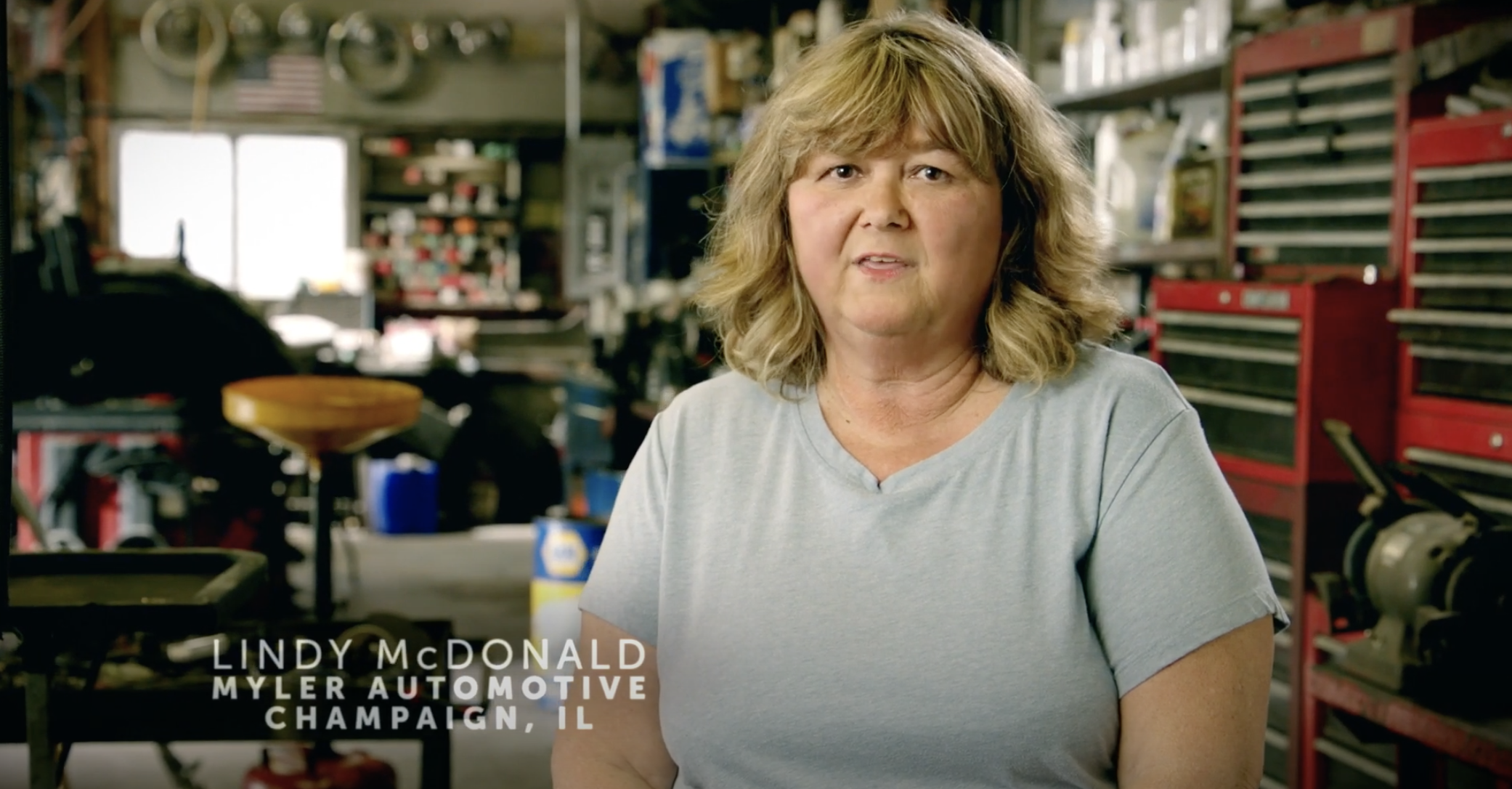 Illinois House Speaker Mike Madigan is one of the most corrupt politicians in America. He is also the Chairman of the Democratic Party in Illinois and the most powerful Democrat in the state. Betsy Londrigan was a lobbyist and fundraiser with deep ties to Madigan. She had also taken nearly $300,000 from Madigan and his henchmen for her political campaign. With Madigan embroiled in a new bribery and corruption scandal, we seized on this opportunity to define Londrigan as part of his corrupt machine. 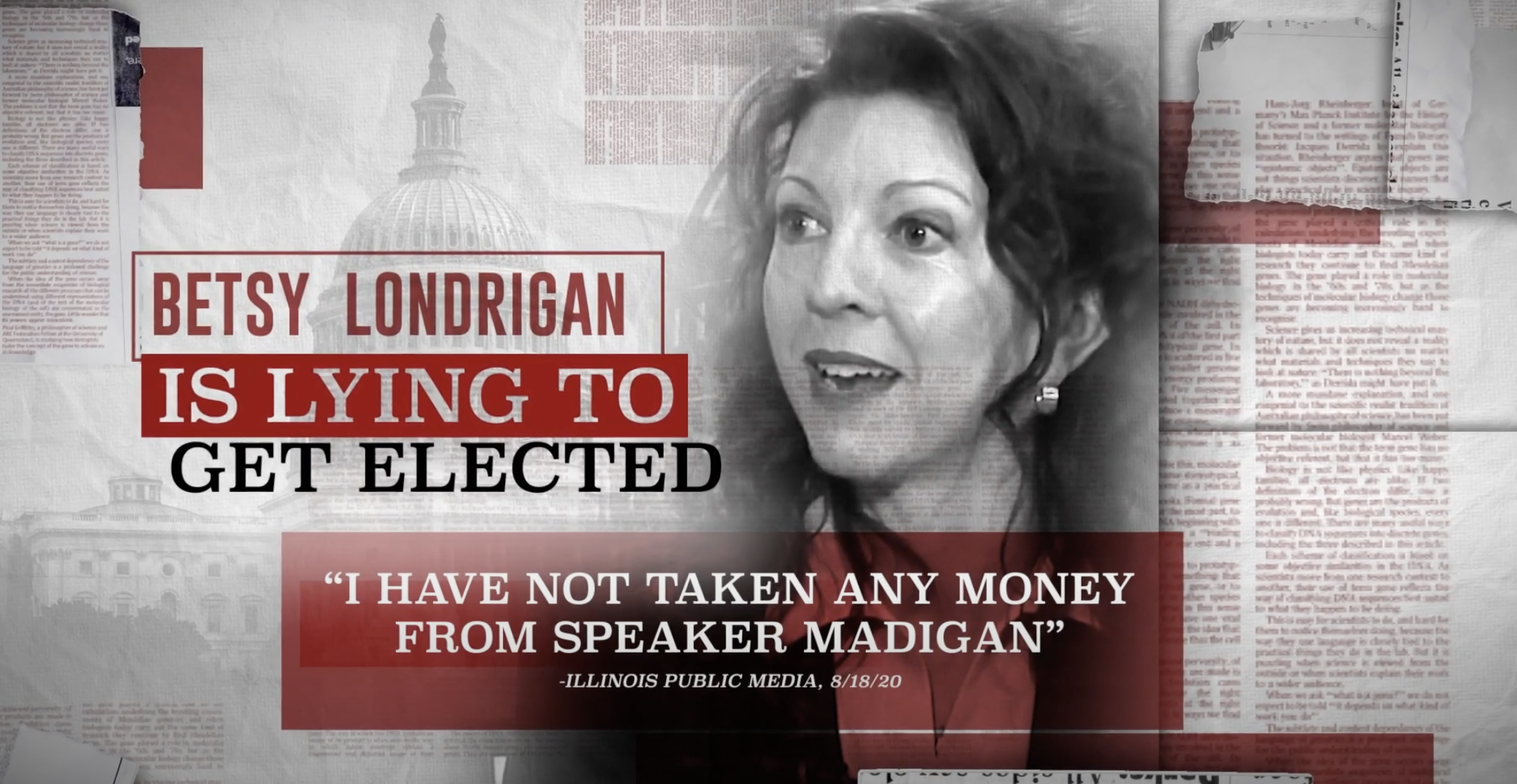 On election night, Congressman Davis won reelection by a margin of 55 percent to 45 percent. He defeated Betsy Londrigan by 30,000 votes, a significant achievement considering he narrowly won by 2,000 votes two years earlier. We are very proud to have been on Congressman Davis’ team since 2012.