FP1 Strategies is proud to have served as the media consultant to Tommy Tuberville’s victorious senate campaign in Alabama. We helped Coach defeat a four-term former U.S. Senator in the Republican primary runoff by 20 points. In the general election, we helped Tuberville defeat an incumbent Democratic senator by another 20 points.

Jeff Sessions, the former Attorney General of the United States, upended the Republican primary when he entered the race in December 2019. With a campaign war chest full of money, Sessions quickly emerged as the front-runner in the race. Sessions’ pollster, OnMessage Inc., released a poll showing Sessions leading Tuberville by a margin of 44 percent to 21 percent with Congressman Bradley Byrne in third place. There was a growing sense that Sessions might be able to win the primary outright and avoid a runoff election. Further complicating Coach’s path to victory was a serious fundraising disparity. Sessions and Byrne would both end up outspending Tuberville on television by a margin larger than two to one.

We knew we were going to be outspent heavily in the primary, but we had a better candidate and a stronger message. As a big-time college football coach who has signed a lot of blue-chip recruits, Tuberville was a natural-born salesman. He had a larger-than-life personality and an outsider message that strongly resonated with Trump voters in Alabama. Our ads in the primary focused on Coach’s Christian conservative values, his support for building the border wall and his unwavering commitment to advancing the Trump agenda. With Coach surging in the polls, Sessions and Byrne both went on the attack. We effectively counterpunched by defining them as career politicians who were part of the swamp and further positioned Coach as the true Trump conservative in the race.

Our ad campaign helped Tuberville shock the political insiders in Alabama by finishing first in the initial round of voting. This strong showing resulted in a full-throated endorsement from President Trump that effectively guaranteed that Coach would defeat Jeff Sessions in the Republican primary runoff in July.

Here are the FP1 ads from the primary: 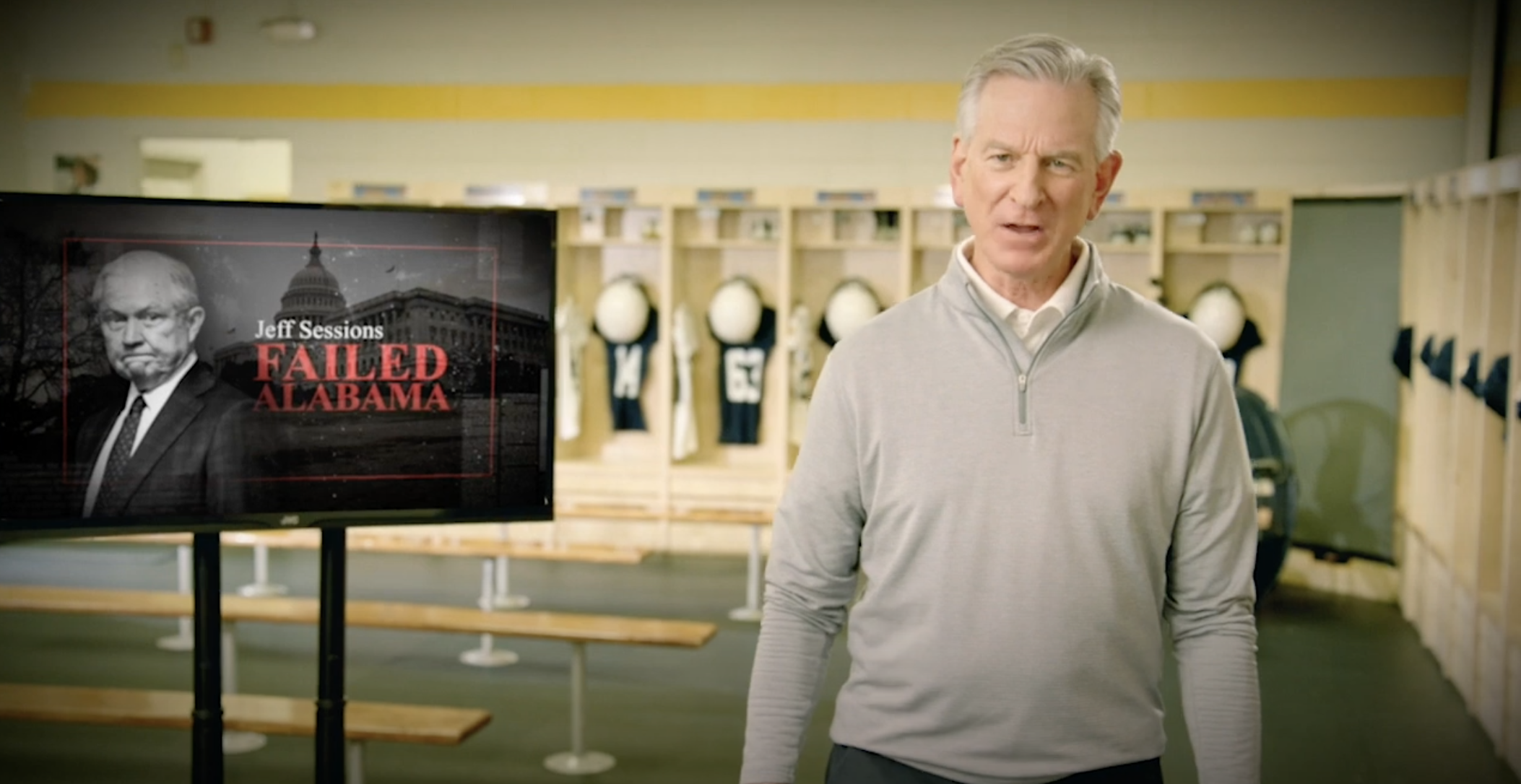 After Coach secured a commanding victory in the primary runoff, we shifted our attention to Democrat Doug Jones. The incumbent started the general election with $12 million cash on hand, an astounding sum given the cheap media markets in Alabama.

Jones would end up outspending Tuberville on television by a margin of $13.1 million to $4.4 million. Given this spending disparity, we needed to make every ad in the general election count.

We put Coach front and center in our fall advertising campaign and allowed him to present the clear contrast between his support of Alabama’s conservative values and Jones’ voting record of siding with Chuck Schumer and Nancy Pelosi on core issues like abortion, the Second Amendment, taxes and illegal immigration. Alabama is a state with a large veteran population and proud military heritage. We ran an ad from Coach talking about his father’s service in World War II and his promise to donate his Senate salary to charities that help Alabama veterans. We also ran testimonial ads from former law enforcement officers who attacked Jones for siding with the defund-the-police radicals who were burning American cities and looting small businesses. We ran a hard-hitting testimonial ad from a mom of two and pro-life advocate who had an abortion in her teen years to expose Jones’ support for extreme positions, such as supporting taxpayer-funded abortions up until the moment of birth. We ended the campaign with Tommy to camera laying out the choice once more and asking Alabamians for their votes. 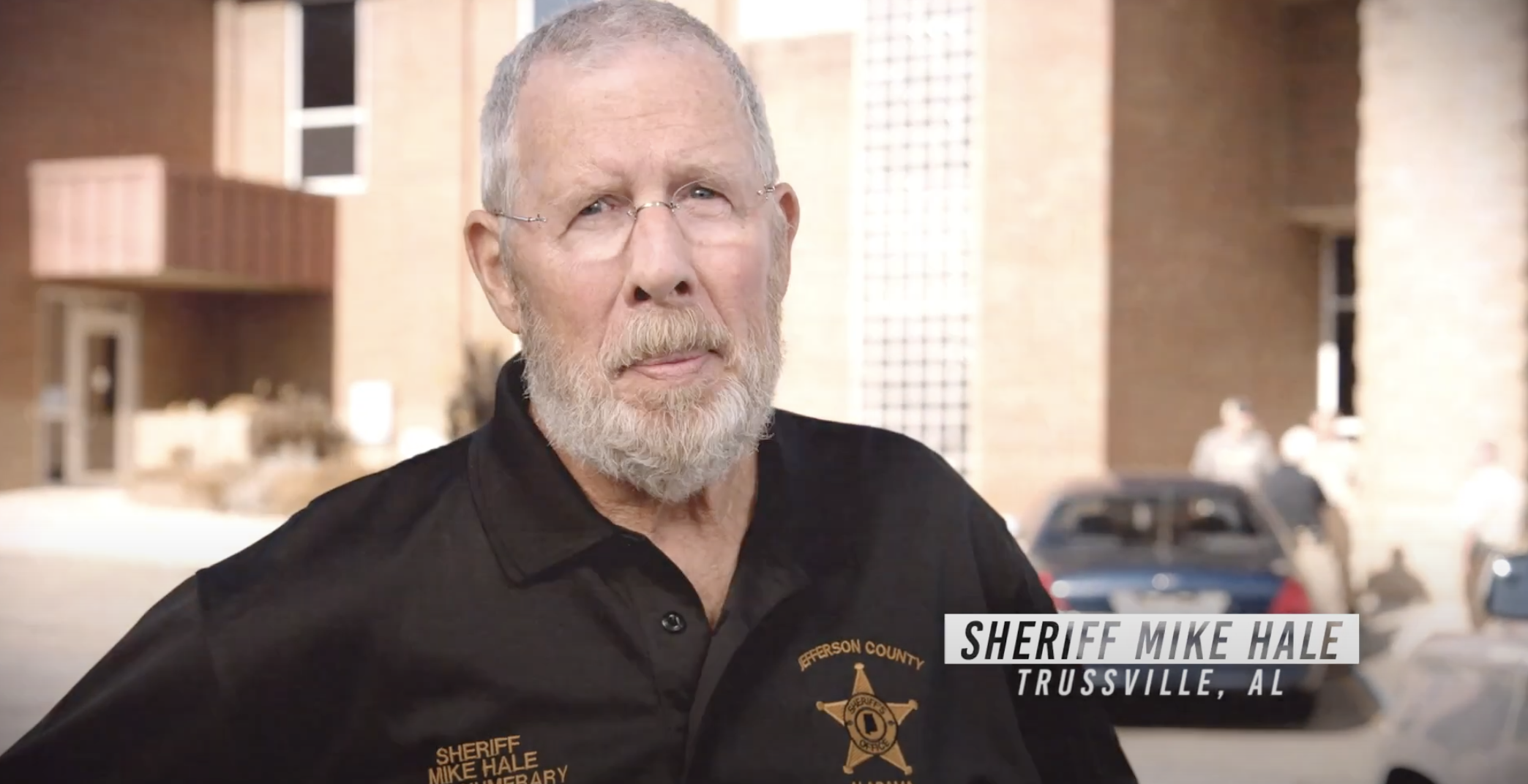 On election night, Tommy Tuberville was elected to the United States Senate by a margin of 60 percent to 40 percent. FP1 was honored to be a part of this special campaign, where Coach beat a conservative icon from Alabama in the primary and a well-funded Democrat in the general election. It’s a rare occurrence in American politics for any challenger to defeat a U.S. Senator. Tommy beat two of them in the same election year.